Protecting your devices when traveling 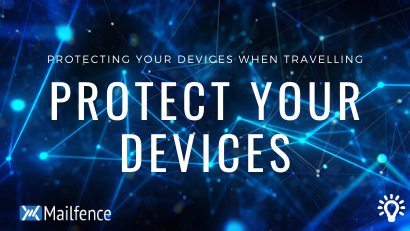 Even the most privacy-conscious among us encounter various security threats when travelling. Unless your laptop is inside a Zero Halliburton briefcase handcuffed to your wrist, it’s difficult to keep your valuables within eyesight at all times. The good news is that protecting your devices on the road is possible by taking these steps.

Protecting your devices on the road

As mentioned earlier on our blog, there are some general guidelines to keep in mind, such as being wary of public WiFi networks, encrypting and backing up your files.

There are also several low-tech steps you can take to protect your devices when out in public:

As you can see, there are a number of measures you can take to secure your devices when traveling. The next blog will cover the idiosyncrasies of entering the United States, and the security precautions you can take when protecting your data and devices.

Join the fight for online privacy and digital freedom.
Get your secure email