Why online privacy matters, now more than ever. The strong case for encryption.

In the face of terrorism, many say that the loss of privacy is the price we must pay for security and, in any case, why should you need online privacy if you have nothing to hide?

But online privacy matters and is just as important as offline privacy. In the offline world we do not send our letters as postcards and we do require a warrant for police searches. So why should we accept massive, indiscriminate surveillance of our online activities? We should not and that’s why we need end-to-end encryption. 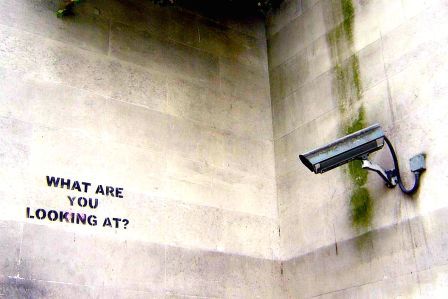 Can we blindly trust our governments ?

It was recently revealed that China plans to give all of its citizens a score to encourage “good behavior” by grading people’s online data usage. Those with so-called “bad behavior” will be denied privileges such as access to loans, university or travel. This piece of news went largely unnoticed in the West. Perhaps because we believe that this kind of citizen control is only possible in autocratic regimes. That it could never happen in our liberal democracies where freedom and civil rights are thought to be natural and irreversible.

But are they really? Remember that it took less than a year for Putin to take control of the Russian media and four years to dismantle its electoral system. Erdogan did the same job in even less time. In Poland and Hungary constitutional democracy is being undone as we speak.

Until recently, western democracies seem to have been relatively preserved from abusive government surveillance but Snowden showed us that this has changed. In the UK the new Investigatory Powers Bill will now allow the government to hack into people’s handsets. In the US, events of the past few weeks are felt by many as a political earthquake. But irrespective of whether or you put your faith in Donald Trump, can can you blindly trust your government?

Encryption does more good for a democratic society than harm

In order for democracy to function properly there must be discussion and opposition brought by political parties, journalists, civic groups or others. Even more important, is that government misdeeds can only be exposed if whistleblowers, journalists, activists can investigate and take action without being surveilled, intimidated or pressured. Any person, organization or government with access to our personal data acquires the power to manipulate, intimidate or blackmail us and in the process weaken or destroy our democratic institutions. So giving up our privacy is not nothing, it means giving up the freedoms on which democracy depends.

Today’s technology has created the capability for extensive surveillance of citizens like never before in the history of mankind. The major Internet companies are obtaining a thorough knowledge of each and everyone’s whereabouts, communications and even deepest thoughts and wishes. This happens on a massive scale. Ever wondered how much Google really knows about you?

In the old world, government surveillance was a complicated and costly business. Total surveillance was impossible. Today, Internet data can be scanned for keywords, on a vast scale, without detection. Tracking and surveillance tools are even being commercialized to states and cybercriminals. Even Angela Merkel has been under surveillance. And did you know that non US citizens are not protected at all by US privacy legislation? This means that the US government has total access to any data that you as a non american store on Facebook, Google, WhatsApp, 365, Skype, Apple, Dropbox, etc. And with the advent of “Internet of Things” you are opening up your house, car and office to government surveillance, Chinese, Russian, US or whichever. But who cares, you’ve got nothing to hide, right?

What can you do about it?

The debate is thus not, about “security versus privacy” but rather obtaining “security with privacy”. Of course we need protection against security threats both internal and external. But if it is at the cost of continuous internal surveillance, we will end up in a police state and lose our democratic institutions.

Until now we have willingly given up our privacy thinking that it is not important. But if you care about the world we live in and want to preserve our liberal western democracies, join the movement to reclaim online privacy. There are 3 things you can do:

Thanks for reading this. If you liked this, share the message to as many other people as possible.  Online privacy is worth fighting for.

Some sources on online privacy and how to regain it:

Mailfence – a secure and private email service. Follow us on twitter/reddit and keep yourself posted at all times.

Patrick is the co-founder of Mailfence. He’s been a serial entrepreneur and startup investor since 1994 and launched several pioneering internet companies such as Allmansland, IP Netvertising or Express.be. He is a strong believer and advocate of encryption and privacy. You can follow @pdeschutter on Twitter and LinkedIn.