Secure and private email provider Mailfence announced today the launch of secure emails based on symmetric encryption. Mailfence, one of the world’s most secure and private email services, already allow users to send end-to-end encrypted emails based on OpenPGP. With the password encrypted messages (also referred to as secure message escrow) it enlarges the possibilities. Overall, Mailfence users can now send:

Launched in 2013, Mailfence has rapidly gained recognition among security specialists and privacy activists. Its interoperable end-to-end encrypted email service gives full control to the user. Besides the secure email functionalities, users can also securely manage and share calendars, files, contacts or mailboxes with other group members. 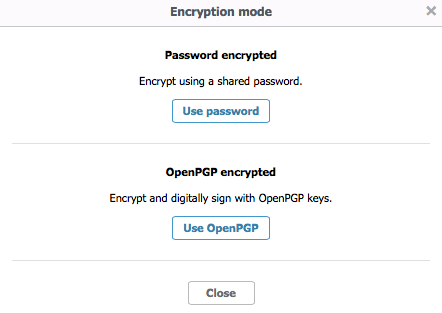 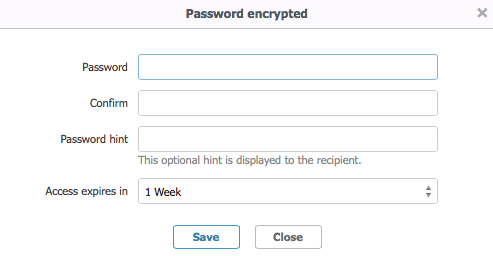 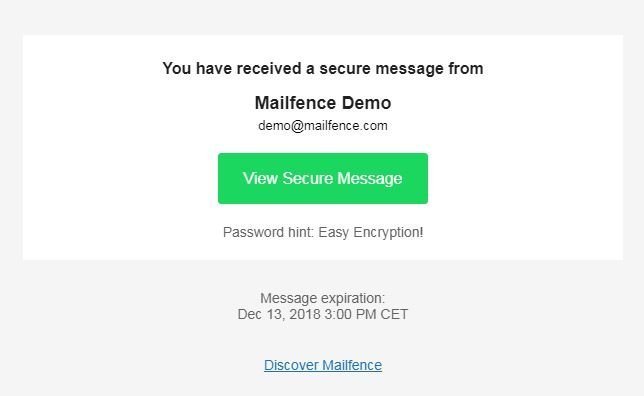 What is symmetric encryption?

All of the encryption/decryption process happens on the front-end (in your browser) using an opensource and security-audited library. The derived symmetric key is never shared with the back-end, thereby maintaining a zero-knowledge framework.

Following our design philosophy of providing absolute control and freedom, usage of this feature is not restricted. Therefore:

Mailfence cares about standards and an open internet.

The main advantage of symmetric key encrypted emails is the ease of use.  You can send encrypted emails to any person without having to make sure that this person has a (asymmetrical) public key, or a special program/add-on/plugin to decrypt the message. You can send secure  password encrypted messages to anyone, without any need for technical know-how about encryption.  The only thing you will need to do is communicate a shared secret/password to the recipient of your message.

The messages remain hosted on servers of the sender service. It does not transit via the open internet. They are stored encrypted on our servers and are kept there, until they are retrieved by the recipient or deleted by the sender.

The main issue with shared secret/passphrase is that you need to exchange it with the receiver of the encrypted message. You can do this over the internet or via an alternative channel such as SMS, phone, … The danger is that if the shared passphrase falls into the wrong hands, anyone who knows it will be able to decrypt the message. One answer to this problem is asymmetric encryption (OpenPGP based), in which there is a key pair: a public key which is made freely available to anyone who might want to send you a message and a second, private key which is meant to be kept secret by its owner.

Read our Knowledge base article if it is necessary to have an expiration date for your password-encrypted messages.

Symmetric key encrypted emails requires trust in the sender service (i.e., Mailfence) which manages and provides this feature. The recipient must view the message on the sender’s portal. In case of an unreliable or breached sender service, there could be a significant security issue. Also, there are no digital signatures (except the traditional DKIM header for anti-spoofing reasons) on these encrypted messages. For that, you should use asymmetric signature (OpenPGP based).

You cannot forward symmetrically encrypted messages. Neither party can change the sender address and the recipient address for a given email conversation thread.

Mailfence is a secure and private email-suite that provides users full control over their data.

Join the fight for online privacy and digital freedom.

End-to-end encrypted e-mail service that values and respects your privacy without compromising the ease-of-use. @mailfence @mailfence_fr