Much stricter privacy laws to be expected in Europe 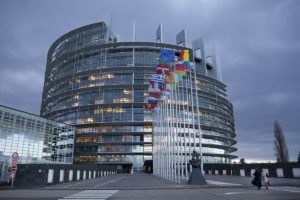 The European Parliament has passed the EU’s first major change to its data protection legislation since 20 years.  Parliamentarians also voted for a resolution calling for the suspension of a key deal affecting U.S. web firms.  More information can be read in this article on GIGAOM.